In April 2015 I had liposuction surgery at Mega on my abdomen and sides.  I had a lot of bruising and pain after surgery.  A month after I got my first major infection in one of my incisions.  The doctor cut me open and cleaned out the infection and gave me medication but no tests were run to see what type of infection it was.

A few weeks later I left Korea for the US and continued to have issues.  In June I went to a US doctor after the incision opened itself up and puss started to come out.  They did do tests and found out I had a rare type of infection that only is treatable with one type of medication.  Not the medication given to me at Mega.  I was taken into surgery to open the area again and clean it out.  While the doctor was inside he realized that I had granulomas which is caused when pieces of something is left in the body.

Eleven months after surgery I continue to have pain in my abdomen area and bumps caused by scar tissue.  I have also had no change in my body since before surgery.  I have changed my eating habits and work out with a personal trainer, but my body stayed the same since having liposuction surgery.

After contacting Mega about my issues I have received no response from them. They simply do not care.  I would NOT recommend Mega Plastic Surgery Center.  If you are not Korean they do not know how to work on other body types. Run away.

Hello, Guys, I would like to share my first experience of Lipo in Seoul.I always get stressed out because of my fatty legs since I was teenager. (I… Read more…

I have been wanting to get rid of the fats around my tummy area to have a better body shape and to wear my clothes better. Read more… 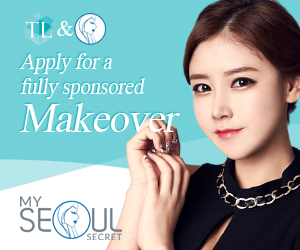